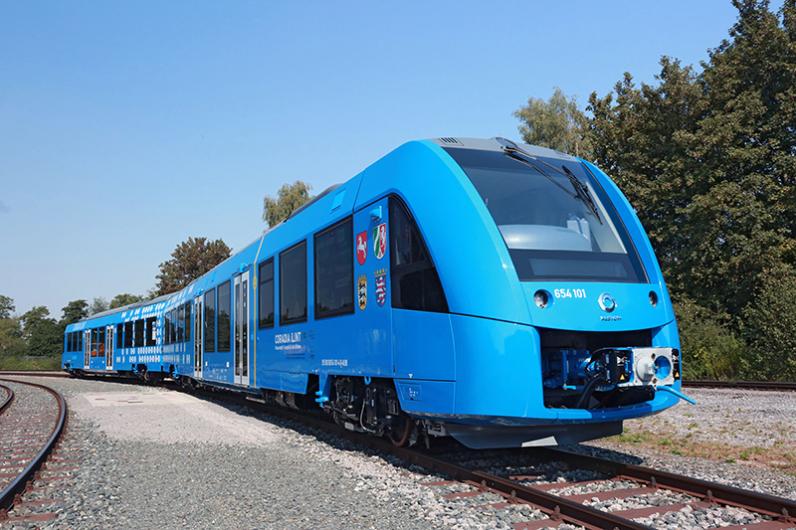 While still a year away from being open to the public, Germany’s unveiling of the first long-distance passenger train powered by hydrogen this past August has generated a significant amount of buzz in the sustainability and technology sectors worldwide. The train is called the Coradia iLint, and in lieu of diesel, runs off of lithium ion batteries that generate power from large fuel cells housing hydrogen and oxygen, creating the electricity stored in the batteries. The train can theoretically replace 4,000 diesel-fueled trains in Germany. While the top speed of the Coradia iLint is only 140 kilometers per hour, which is far less than it’s high-speed counterparts such as the TGV (for instance, the TGV travels at 185 miles per hour, or 298 kilometers per hour, and even that speed is nowhere near the speed of the train that Japan’s soon-to-be-operating Chuo Shinkansen which can reach speeds up to 374 miles per hour (over 600 kph). However, it is still an appropriate replacement for many diesel commuter trains, as it is not suitable for electric railway lines.The greatest achievement of the iLint? It will be the first train that emits only steam and condensed water, rather than carbon dioxide, effectively rendering it a zero-emission locomotive.

The Coradia iLint is an innovation of the French company Alstom, and other countries are already expressing interest in replacing their diesel-fueled trains with the iLint once it passes the required testing and is approved by Germany’s Federal Railway Office. Lower Saxony in Germany has already ordered 14 of the trains, with Norway, Denmark, and the Netherlands also expressing interest.

While this achievement may seem insubstantial in the current gloomy political climate, especially in the United States on the verge of a history-making presidential election, it is important to take the time to appreciate that in the midst of troubling news, there are individuals who are working to put the planet and the environment as a top priority in the world of innovation. Everything that can be done to mitigate carbon emissions, reduce dependency on fossil fuels, and inject this environmentally conscious thinking into the mainstream, should be considered a breakthrough. Alstom has engineered what could (and should) be the new global standard for commuter travel, and every step in the right direction is one step closer to achieving the Sustainable Development Goals.