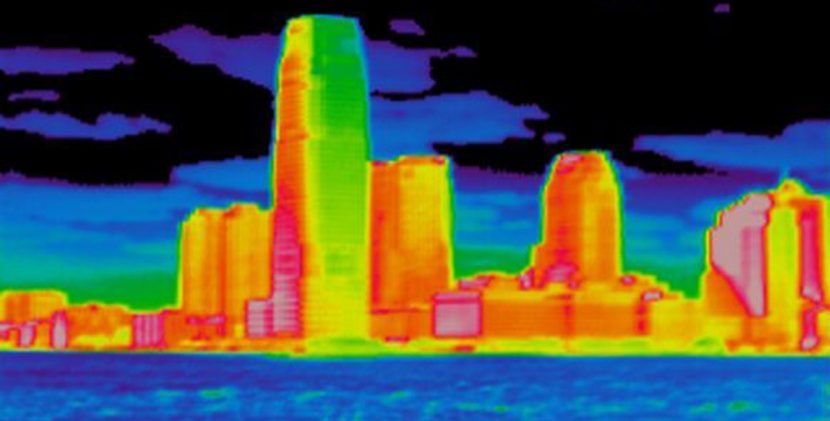 Have you heard of urban heat islands? This is a phenomenon where the city is warmer than its rural counterparts. This happens because urban environments, better known as cities, trap heat and pollution. This influx of heat, as well as the issues that come with excess pollution in the air, don’t seem to be much of an issue but in fact can be quite troublesome.  Heat islands not only affect the temperature but they can also affect the ph level in water causing lower water quality. In a future where increased water scarcity is a big issue for billions of people, this is should not be overlooked. Furthermore, in summer time when temperatures are naturally higher, cities might become subject to heat waves. Heat waves are quite dangerous since they have negative effects on people’s health. Energy consumption during summer time is also rising due to this phenomenon, albeit in a way counteracted during the winter. However, winter energy spikes are diverse (gas, oil), while most of summer energy consumption is electric. Adding stress to centralized energy grids is also a challenge in an ever rising urban context. To prevent the impacts of heat waves, people are creating rooftop gardens, using lighter paint color and improving insulation in order to limit the amount of thermal pollution that is happening in the urban environments.  How would you tackle this issue? If you would like to learn more about urban heat islands check out this great piece by NatGeo.