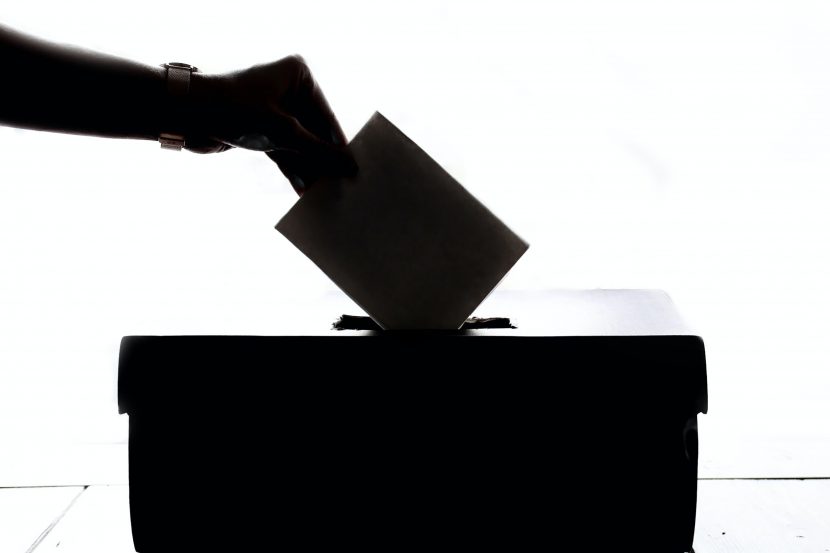 We wanted to pick up where we left last week. An important aspect of democracy we had mentioned last week was fair and free elections. Continuing our discussion on Peace, Justice, and Strong Institutions through democracy, we must now talk about how we achieve these fair and free elections: voting. Voting is an important civic duty we all share. However, just because we can vote or hold elections, doesn’t mean they are fair or free. Indeed some nations hold elections that have little meaning at all. Governments can stuff ballot boxes or obstruct their citizens from voting. However, we here at the Give Me 5 campaign think that voting is an essential right, and therefore it should be made easy.

Recent Voting Changes in the US

A recent decision made by the US Supreme Court regarding the Voting Rights Act could have major implications for election laws across the country. And since many nations look to the US as an example, this can only encourage bad behavior abroad.

According to the US Department of Justice, section two of the Voting Rights Act, “prohibits voting practices or procedures that discriminate on the basis of race [or] color,” (DOJ 2021). However, the recent decision made by the current court could have profound changes on American voting patterns. In Brnovich v. Democratic National Committee, the majority reached the conclusion that the mere existence of the right to vote was sufficient in and of itself.

In their dissenting opinion, Justice Elana Kagan claims, “the Court has damaged a statute designed to bring about ‘the end of discrimination in voting.’” (Brnovich, Attorney General of Arizona, et al. v. DNC et al 2021). This decision codifies the idea that the availability to vote equates to the ability to vote, which could have long-term consequences for historically disenfranchised groups. Since we have looked at how America’s voting laws have changed, we will now look at how others vote across the world.

Voting Patterns Across the World

Voter turnout rates, measured by the percentage of eligible voters who participated in an election, are higher in some countries than others, according to Pew Research, an American polling firm. The United States for example had a turnout rate of 66% in the 2020 presidential election, the highest in the 21st century (DOC 2021). Compared to its counterparts in the OECD, this is a modest number (Figure 1). The highest turnout rates in the group are awarded to Turkey (89%), Sweden (82%), and Australia (80%. Pew 2020).

While these numbers are impressive there is some cause for concern. The same report by Pew highlights how turnout has generally begun to decrease across the bloc. Greece’s turnout fell from 89% to 63% in the most recent parliamentary elections, while Norway’s dropped to 70%-the lowest turnout in 40 years (Pew 2020).

What’s caused this slip? There are a few plausible reasons. Voting restrictions have been placed in certain nations. Others are beginning to lack enthusiasm for the candidates, and in some cases, the democratic system itself. Luckily, there are ways to fix this.

How to Improve Voter Turnout

Dambisa Moyo, a world-renown Zambian macroeconomist, has a few solutions in her book Edge of Chaos. One way would be to make voting compulsory, as is in over 20 countries. Failure to vote would not be a criminal offense and is usually loosely enforced. In Peru, one must vote in order to receive government welfare benefits. After all, who knows how to reform the social safety net better, than the people who use it? If one wants to work in the public sector, surely they should have participated in the democratic process as a precondition to employment. Another easy fix would be to automatically register citizens to vote when they become of age. Across the world, a range of ideas are being tested in order to improve democracy and make sure citizens’ voices are heard.

Higher voter turnout rates foster healthy democracies which in turn take care of their citizens. Allowing citizens to hold their elected officials accountable is crucial to solving the global problems we experience today. The people we elect to public office are a reflection of the population they serve. Indeed, choosing not to vote can have just as profound consequences as voting itself.

Moyo, Dambisa. Edge of Chaos: Why Democracy Is Failing to Deliver Economic Growth – and How to Fix It. Abacus, 2019.