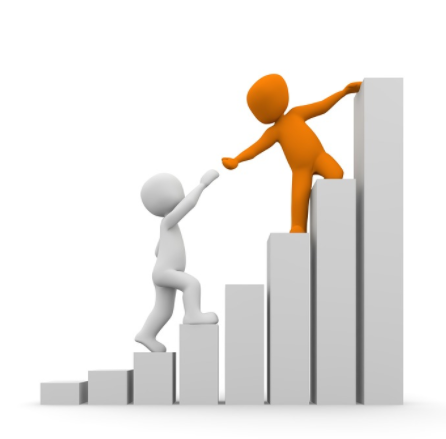 Europe’s policy on refugees operates under the Common European Asylum System (CEAS), which guarantees individuals certain rights as soon as they come on European soil. When asylum seekers arrive in Europe they have “no legal duty to claim asylum in the first EU state they reach” and many move on to find family or a better social or economic situation. The nations of Austria, Germany, and Sweden have become the most desired for refugees. The above-mentioned IMF report also indicates that while the economic impact of refugees in Europe will initially be a modest increase of GDP growth, the long-term fiscal affect on these countries will be reliant on how well refugees are integrated. Some of the key factors that make refugee integration difficult are: a lack of language and transferable job skills, legal constraints on working during asylum application, limitations placed on refugees mobility in relationship to labor demand, and lack of access to credit. The IMF acknowledges that so-called rapid labor market integration will allow for new populations to contribute toward public funds, however this sort of program comes with an increase in public spending for developing services such as education or housing. Comparative policy recommendations on strategies to further refugee labor market integration from various institutions (including but not limited to the IMF, UNHCR, and OECD) can be found in a 2016 European Parliament report.

Those Syrians entering Europe who are highly educated and have a work contract or binding job offer may be able to apply for a “EU-Blue Card” which allows for guaranteed salary, ease of movement, socio-economic rights, favorable conditions toward reunification, and a potential prospective of permanent residence in the European Union. The Blue Card is accepted across all EU countries, apart from Denmark, Ireland, and the United Kingdom.

Turkey was assessed as having 2,854,968 refugees by UNHCR on January 12th 2017. This means that at the moment Turkey has the largest refugee population in the world. Syrian refugees in Turkey are covered under the Law “6458: Law on Foreigners and International Protection,” which defined a Temporary Protection (TP) regime for the Syrian refugees. The TP Regulation was prepared pursuant to Article 91 and put into force on 22 October 2014 (…) The TP extends to all Syrian refugees whether or not they are registered”. The difficulty that ‘temporary status’ in Turkey presents however, as opposed to other countries is that “as a consequence they (refugees) have not been issued work permits, and are only able to work informally”.

Turkey’s focus on a ‘non-camp’ government funded approach differs sharply from other refugee hosting countries (which rely on outside agency humanitarian camps). While the massive influx of refugees into Turkey did displace informal low-educated Turkish workers, a World Bank analysis found that “lower production costs (from refugee labor) will also expand output and increase the demand for formal workers” the exact terms of this expansion were “for every 10 refugees 3-4 formal jobs in regular workplaces are created in a region”.

Innovative ideas to approaching safe zones for Syrian refugees are numerous, though few have been concretely entered into practice. Particularly intriguing was the creation of Specialized Economic Zones (SEZs) in Jordan. Such locations have been complemented with funding provided by the World Bank for such SEZ projects with a $300 million USD allocation. This investment is complemented by a World Bank Country Partnership Framework to address systemic challenges, though significant difficulties in implementation remain.