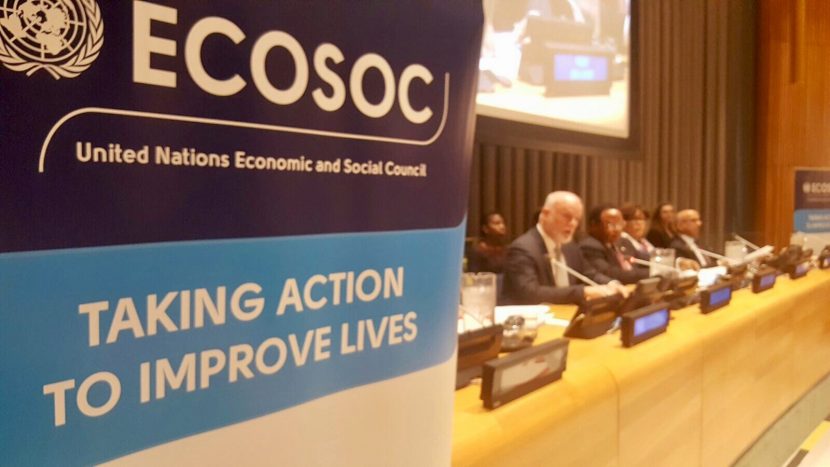 Yesterday, Wednesday April 5, was the UN Economic and Social Council’s (ECOSOC) 2017 Partnership Forum. I know, I know; “partnerships again, Eliza?” At Give Me 5!, we focus so much on partnerships because the 2030 Agenda would be impossible to achieve alone. The SDGs are lofty goals, but when the international community is on the same page, they certainly are achievable. This is why we stress the importance of partnerships so heavily, and why they are imperative at international bodies like the United Nations. When entities forge partnerships with one another, that partnership itself is not the endgame; it is the means to an end. In this situation, that end is the achievement of all 17 of the SDGs, and at this Partnership Forum, the emphasis was on SDG #9: infrastructure.

Goal 9 as outlined by UNDP: Investment in infrastructure and innovation are crucial drivers of economic growth and development. With over half the world’s population now living in cities, mass transport and renewable energy are becoming ever more important, as are the growth of new industries and information and communication technologies. Technological progress is also key to finding lasting solutions to both economic and environmental challenges, such as providing new jobs and promoting energy efficiency. Promoting sustainable industries, and investing in scientific research and innovation, are all important ways to facilitate sustainable development. More than 4 billion people still do not have access to the Internet, and 90 percent are from the developing world. Bridging this digital divide is crucial to ensure equal access to information and knowledge, as well as foster innovation and entrepreneurship.

While the actual Partnership Forum itself is reflective of SDG #17 (Partnerships) and sustainable development, the underlying tone of the Forum focused on infrastructure and the gap between developed and developing nations. The keynote speaker was Mary Robinson of the Mary Robinson Foundation-Climate Justice, the first female president of Ireland and the United Nations High Commissioner for Human Rights 1997-2002. She spoke about climate justice and the need for governments, civil society, and the private sector to work together to eradicate poverty. In addition to the keynote address, there were two interactive roundtables that focused on “innovative partnerships for resilient infrastructure, including countries in special situations”, and “principles and guidelines governing UN-associated partnerships”.

The main takeaway from the Forum was how partnerships can contribute to improving infrastructure and promoting growth in the least developed countries. Stakeholders from businesses and foundations were present at the Forum, and public-private partnerships are incredibly important when it comes to creating tenacious policies to improve infrastructure worldwide. ECOSOC President Frederick Musiiwa Makamure Shava emphasized the importance of infrastructure for economic prosperity and social sustainable development of developing countries, particularly in least developed countries (LDCs), landlocked developing countries (LLDCs), and small island developing states (SIDS). These nations are the ones in which infrastructure gaps are the largest.

For fully industrialized Western nations, infrastructure hasn’t been high on the radar for very long. Recently it has been a topic during tight presidential and parliamentary elections both in the United States and Western Europe, as aging infrastructure has become a hot-button topic. It seems unfortunate that only now are we seeing lack of infrastructure as a global problem that must be addressed, as developing nations have been struggling to industrialize for decades. The 2030 Agenda has put a spotlight on these struggling nations, and we can only hope that developed countries aren’t too wrapped up in their own infrastructure improvements that they ignore the desperate need of those around them. As we move forward and forge more public-private partnerships, it will be easier to unite under a common goal: the achievement of SDG #9 and the rest of the 2030 Agenda.