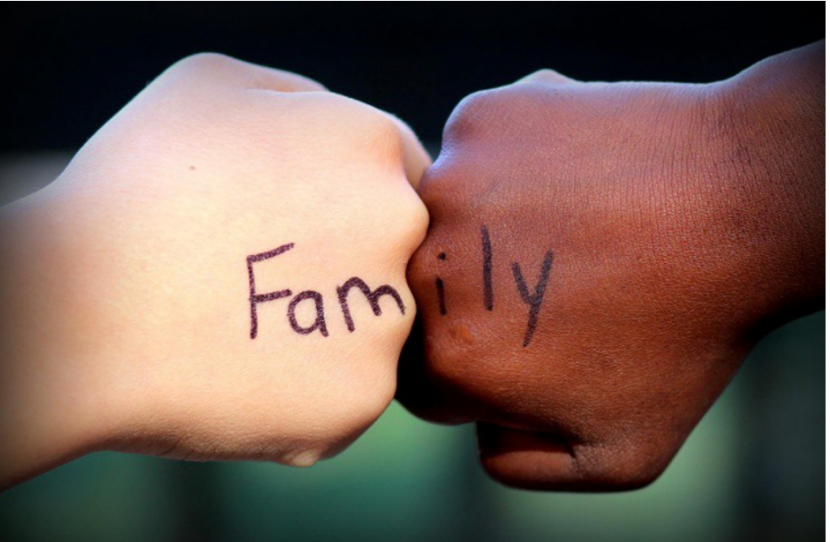 January 27th is the international holocaust remembrance day. It is a day in which we remember the fallen and their suffering. It is an opportunity for all of us to remember the massive failures of human beings towards their own humanity. It is a time for us to understand that we must accept all people no matter their race, religion, or sexuality. It is a day to remember to just be kind to all people… world peace does not start with technocratic solutions, it starts with everyday people that are willing to put aside differences and decide to strive to love and respect all. It is a time for grievance, no doubt, but let us also honor the victims of cruelty and violence by celebrating the importance and dignity of all peoples. Tolerance and acceptance is a great way to start the journey towards peace and enlightenment, the only real path to achieving the UN Sustainable Development Goals by 2030.

For more information on UN events on the international holocaust remembrance day see below or click here.

The theme of the Holocaust memorial ceremony will be “Holocaust Remembrance and Education: Our Shared Responsibility”. The theme highlights the universal dimension of the Holocaust and encourages education on this tragedy so that future generations will firmly reject all forms of racism, violence and anti-Semitism. The Holocaust was a defining point in history and its lessons have much to teach about the danger of extremism and the prevention of genocide today.

Poster set “The Butterfly Project: Remembering the Children of the Holocaust”

The Holocaust and the United Nations Outreach Programme has partnered with the Houston Holocaust Museum to produce a set of 14 posters based on the Museum’s exhibition The Butterfly Project: Remembering the Children of the Holocaust for display by the global network of United Nations information centres. The exhibition outlines the impact of the Holocaust on children, and showcases an educational initiative called The Butterfly Project developed by Holocaust Museum Houston to teach this history to young people, encourage them to remember the 1.5 million children who perished and to stand up against hatred and prejudice. The posters will be available in all six United Nations official languages.

The ceremony will be hosted by Ms. Alison Smale, United Nations Under-Secretary-General for Global Communications. United Nations Secretary-General, President of the seventy-second session of the General Assembly, Representatives of the United States, Israel and Germany will deliver remarks. Judge Thomas Buergenthal, a Holocaust survivor and a retired Judge of the International Court of Justice, Professor at George Washington University Law School will serve as a keynote speaker. Mrs. Eva Lavi, a Holocaust survivor, will share her testimony. The ceremony will include musical elements by the United Nations Staff Recreation Council Singers  and the United Nations Staff Recreation Council Chamber Music Society. Cantor Joseph Malovany of the Fifth Avenue Synagogue, will recite the memorial prayers.

This exhibition will give the viewer an opportunity to reflect on the different dimensions and perspectives of this history by highlighting the role of the perpetrators, the Nazis and their collaborators, in contrast to the images and stories of the victims and survivors. In looking at large scale photographs of survivors, they remind us that we all have choices and decisions to make to contribute to the world we live in. The Wannsee Conference, held on 20 January 1942 in Berlin, played a key role in creating the killing machinery of the Nazi state. The protocol of the Wannsee Conference, featured in the exhibition, reveals the plan to persecute and murder European Jewry. It is sponsored by Permanent Mission of Germany to the United Nations. The exhibit will be on display from display 18 January to 28 February 2018.

The Holocaust – Keeping the Memory Alive

A second exhibit titled The Holocaust – Keeping the Memory Alive features the 12 best posters out of more than 150 submitted by designers and students of design from Austria, Bosnia and Herzegovina, Brazil, China, Hungary, India, Indonesia, Israel, Peru, Poland, Russian Federation, Serbia and Slovenia. The theme of this year’s competition, which was implemented with support from the global network of United Nations Information Centres, reflects our shared responsibility to remember and educate about this tragedy. The exhibit is a joint initiative of Yad Vashem – The World Holocaust Remembrance Center and the Holocaust and the United Nations Outreach Programme. The competition is sponsored by The Asper Foundation and endorsed by the International Holocaust Remembrance Alliance.

The exhibition outlines the impact of the Holocaust on children, and showcases an educational initiative called The Butterfly Project developed by Holocaust Museum Houston to teach this history to young people, encourage them to remember the 1.5 million mostly Jewish children who perished and to stand up against hatred and prejudice. The exhibition is presented by Holocaust Museum Houston of the United States, in collaboration with the Holocaust and the United Nations Outreach Programme. The exhibit will be on display from 11 January to 26 February 2018.

The British film Children of the Holocaust combines animation and interviews with elderly survivors who recount their childhood experiences of Nazi atrocities, their escape from occupied mainland Europe to Britain and the impact that this had on their lives. Following the film, a discussion will be held with the Producer Kath Shackleton and the Director of Fettle Animation, Zane Whittingham.

One of the main lessons to be learned from the Holocaust is the need to protect the human dignity and human rights of all people, wherever they may be, regardless of their faith, ethnicity, gender or political beliefs.  Acceptance of cultural diversity, open mindedness and education for tolerance are key elements in building a world in which we live peacefully side by side our fellow human beings. Learning from the past through Holocaust remembrance and embracing these values will help prevent such acts of terror from recurring in the future. Join us for a discussion with a group of NGO experts who are working to promote Holocaust education and diversity, including: Ms. Evelyn Sommer, Chair, World Jewish Congress, North America; Sarah Kaidanow; David Michaels, Director, UN and Intercommunal Affairs, B’nai B’rith International; Jason Sirois, National Director, No Place for Hate initiative, Anti-Defamation League. Welcome remarks will be made by Hawa Diallo, NGO Relations & Advocacy Unit, and Kimberly Mann, Chief, Education and Outreach Section, will moderate.

The exhibition features the Jasenovac complex, a brutal concentration and extermination camp that was opened under Ustasha authorities during the Second World War. The exhibit will include historical background, film, photos, sculptures and drawings. Viewers will be able to trace the fate of several families that were imprisoned in Jasenovac, listen to the testimonies of child inmate survivors from the camp and meet them at the opening of the exhibition. The exhibition aims to contribute to the preservation of universal values of humanity and global efforts to preserve the memory of the victims of the Holocaust and its history. H.E. Mr. Ivica Dačić, First Deputy Prime Minister and Minister of Foreign Affairs of the Republic of Serbia, will open the exhibition, which is sponsored by the Permanent Mission of the Republic Serbia to the United Nations, and curated by Professor Dr. Gideon Greif, director of the exhibition, expert on Auschwitz, Majdanek and Jasenovac extermination camps, and author of the book We Wept Without Tears.

Moderated by Northeastern Journalism Professor Laurel Leff, author of Buried by The Times: The Holocaust and America’s Most Important Newspaper with Dr. Elizabeth Anthony, United States Holocaust Memorial Museum, Stephen Haufek Chief, Archives Unit of Archives and Records Management Section, United Nations, and Dr. Charles R. Gallagher, S.J., Boston College. The opening of the United Nations War Crimes Commission Records (1943-1949) and the International Tracing Service has changed the way historians understand the Holocaust, as well as the lives of individual Holocaust survivors and their families in very personal ways. The panel will explore these stories, what might still be found in the Vatican archives and what impact this information could have on history.

Since 1988, the March of the Living has taken more than 260,0000 students, Holocaust survivors, educators and distinguished leaders from all over the world to Poland to commemorate Holocaust Remembrance Day. In Poland, their programme includes a week of visits to once thriving sites of Jewish life and culture as well as sites of Jewish persecution and martyrdom. Then, on Holocaust Remembrance Day, these participants of diverse backgrounds and faiths march arm in arm from Auschwitz to Birkenau in memory of all victims of Nazi genocide and against prejudice, intolerance and hate, at the site of the former German Nazi Concentration and Extermination Camp (1940-1945). The exhibit, which commemorates the 30th anniversary of the March of the Living, includes powerful reflections and images of Holocaust survivors and students who have participated in the programme.

B’nai B’rith International will explore stories of Jews who rescued their fellow Jews during the Holocaust at the annual commemoration of the International Day of Remembrance of Victims of the Holocaust. The discussion will also focus on the belated recognition of these rescuers and the many lives that they saved. Location of the program to be provided upon RSVP.