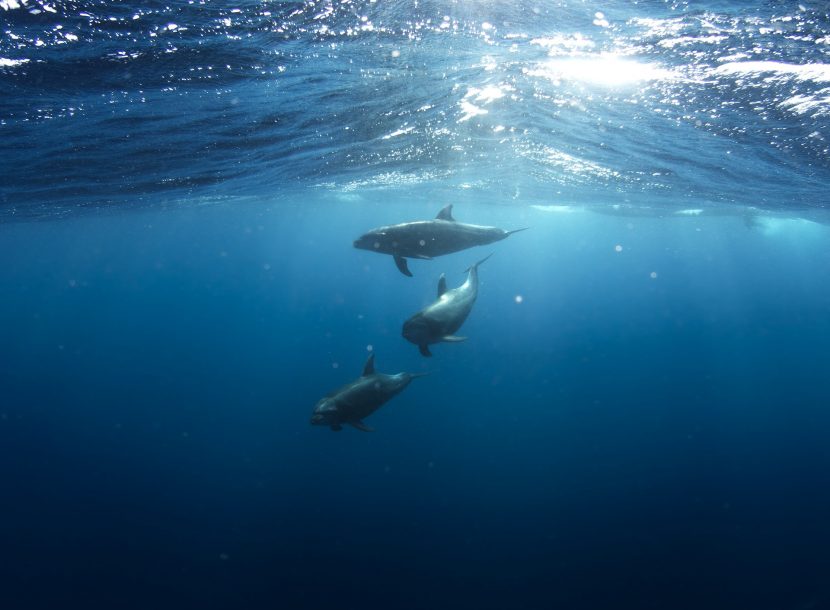 Sound waves can travel underwater. Man made sound waves or noise can have a significant impact on the marine mammal life underwater. The noise can disturb the migration patterns of the mammals as well as stheir reproductive patterns and hunting habits. Noise pollution from ships and drilling for natural resources can be more damaging than one can think of. Marine mammals navigate through their environment with a natural form of sonar. Underwater sound pollution which come from machines or unnatural scenarios can displace the animals and cause them to shift their migrating patterns and displace them into waters which they are not supposed to be in.  If migration patterns of mamals are disrupted, this will iultimately also affect their reproductive patterns in a negative way and can lead to steady declines in marin population of mamal species.

Recently research vessels and other large ships have started to try and become quieter in an attempt to not disturb the marine life around them. They have been doing this by installing sound dampening materials on ships so that less sound escapes into the water. The best way to figure out how to convert large ships into quiet vessels would be to look at submarines for inspiration and the kind of technology that they employ. The reason for that is because submarines are made to move undetected in the water, so why not use some of the technology they use in new ships? If not that they can use water propulsion systems that do not need to use internal combustion engines which also pollute the water and contribute to climate change.

Find out more about the science behind this blog: https://www.sciencedirect.com/science/article/pii/S096456911500160X