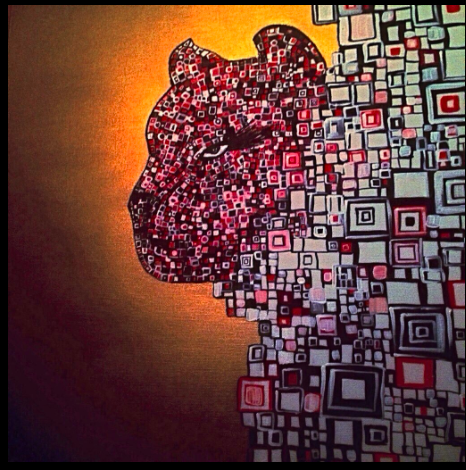 Taking stock on environmental action, citizens must be informed and  vigilant. Even more important, people need the forum and strong voice to advocate decision makers on climate issues. Effective and innovative data, communication, social media, and education platforms are how citizens can lobby. Have a look at some tremendous work being done to amplify citizens voices.

1) United Nations Global Pulse is the key UN organ designed to utilize big data for humanitarian purposes, and they have been innovative in defining how data can be used to understand climate change action. In response to Sustainable Development Goal 13 “Take Urgent Action to Combat Climate Change and Its Impacts” Global Pulse’s key action as shown toward SDG 13 has been “combining satellite imagery, crowdsourced witness accounts and open data” to track deforestation. These efforts build upon the winners of the 2014 “Big Data for Climate  Challenge” that took place leading up to the UN Climate Summit on the 23rd of September in New York City.  The winners of this challenge included international Researchers from Global Forest Watch (a forest monitoring system) and Centro Internacional de Agricultura Tropical (a support system for  local level climate smart farming).  Global Pulse is building on these efforts also, with the upcoming Data for Climate Action Challenge, whose results are expected by the end of 2016. The tools presented in the challenge will include mobile data, traffic analysis, satellite imagery, social media data, weather data, amongst other powerful facets of information.

In complement to this challenge, Global Pulse has also showcased 20 cutting edge innovation projects, conducted with a multitude of UN agencies, governments, academia, and private sector partners. Within these innovation projects, two are directed toward climate and resilience, these being a “Feasibility Study: Supporting Forest and Peat Fire Management Using Social Media” and “Using Twitter to Measure Global Engagement of Climate Change”. The former addresses the problems created by palm oil cultivation and the resulting “particulate matter haze” that has lead to respiratory illness, forest fire, and biodiversity loss, examining the manner in which persons tweet and how social media can be better utilized to address emergency response. The second study on climate change monitoring via social media leading up to the 2014 UN Climate Summit  was critical in providing actionable information on how to understand public interest on climate change. The analysis tool recognized most commonly used hashtags, top accounts mentioned in climate change tweets, top accounts tweeting on climate change, google search trends, and how trends differ by nation.

2)  The United Nations Environmental Program (UNEP) has designed a Climate Initiatives Platform in partnership with the Dutch mission for the Infrastructure and Environment that is an “online database/portal for collecting, sharing and tracking information on international cooperative climate initiatives driven by non-state actors such as business, cities, and regions”. Currently, the online portal has 230 initiatives in its database, including finance, transport, agriculture and forestry, cities and regions, waste, industries, emissions,energy, and resilience.  The breadth of information present on the database has allowed for the resource to become a valuable tool incorporated into the UNFCCC Nonstate Actor Zone for Climate Action  and serves as a successful example for supporting and chronicling national and regional climate efforts. UNEP has complimented such online efforts with the the MY UNEA site designed to chronicle and track relevant information surrounding the UN Environmental Assembly. The MY UNEA  site in an interactive hub for global citizens, and contains resources with significant materials of data analysis for climate action.

3) UNICEF has created a “Voices of Youth on Climate Change Digital  Map” in collaboration with the technology of the MIT Mobile Experience Laboratory. The site allows for registered users to input their insights on necessary climate action across the globe, providing tremendous citizen-generated data. The numerical strength of these several maps is complemented by the striking visuals provided by citizens of the world that surrounds them. The site is innovative in that it puts a clear face on local level climate action, and the powerful integration with social media facilitates strengthened international advocacy. The power to directly link persons and regions with distinct issues of climate change and environmental protection presents a serious evolution in civil society organization that can be effective and engaging to decision makers.

When strong tools for collaboration and information sharing exist, the power of the 7 billion voices in this world can come to fruition. Too often we become couched  in the notion that only those reports conducted by “experts” are valuable in our analysis. Fact remains and personal experience informs me, that well organized and vetted input from those in critical issue flashpoints of the world are the hardest to ignore. They also foster empathy in a direct manner. They touch and influence people in a way that the speech of a bureaucrat, policy analyst, or prime minister can not. Be a part of the change, and see what those around the world  like you are doing to support our climate!