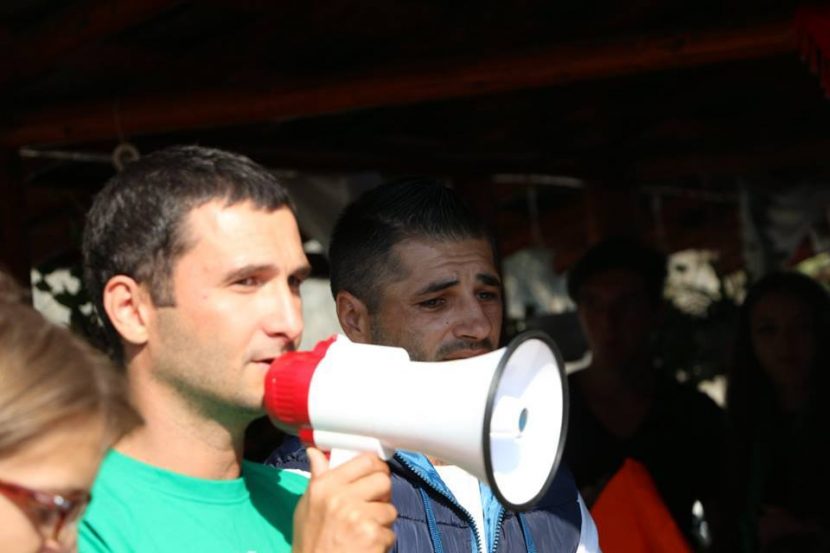 In commemoration of the first anniversary of the launch of the UN Sustainable Development Goals, The Give me 5 Campaign proudly announces the Give me 5- “Champions for People and Planet” 2016 Award for outstanding contribution and individual recognition to Mr. Andrei Carabelea, the President of “Sens Civic” Association in Romania, for his incredible contribution with the project entitled “Cleaning Time”, the largest environmental action campaign that ever took place on a lake in Romania.

*Find out more about the Champions for People & Planet Award

The “Sens Civic” Association, along with the Authorities in Neamt County,the Neamt Volunteer Center and Juvenile Association organized from 9 to 11 September 2016 a large environmental campaign to clean the Spring Mountain Lake – Bicaz. The project had a considerable impact in the community and prospective actions related to changing the legislative framework regarding waste disposal. Involving young people in such an environmental action that aims to highlight the importance of preserving the natural environment is a huge step forward towards the implementation of the sustainable development goals. Volunteers showed much enthusiasm, motivation and flexibility. They became a team and fulfilled their objectives. Complexity, maturity and extent of their involvement has made the project turn into a positive example for all community members.

The action mobilized in the 3 days over 550 volunteers, both from partner NGOs (250 volunteers aged from 5 to 55 years old) and other institutions: The Inspectorate for Emergency Situations, Hidroelectrica, System for Water management, Poiana Teiului City Hall, Hangu City Hall, Fărcaşa City Hall, Borca City Hall, Bicaz City Hall, City Hall Ceahlău. After 4600 hours of cleaning conducted in three days, there were collected over 6500 bags of waste, totaling 11 tonnes of waste, of which 9 tons of plastics.

On Behalf of the Give Me 5 family, Congratulations Andrei!