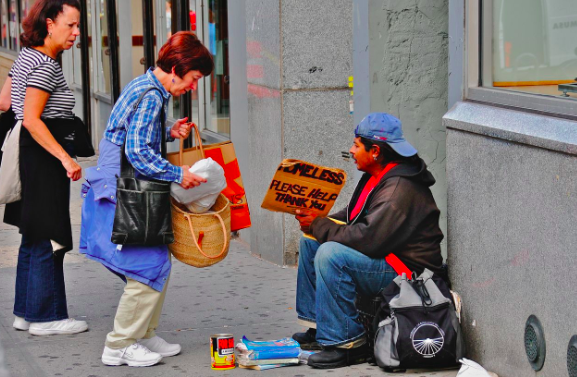 Make It Appn is a mobile application that centralizes all social services, allows people to book homeless shelters, and contact politicians. This social services app is available in Android devices and iOS devices. Speaking to Rory Mondshein and Pratyush Mishra on the origins of Make it Appn:

Rory: One day, I found out that someone on our campaign wasn’t getting enough food, and would periodically be kicked out of his mother’s house without notice — often spending his nights in a shelter or on the streets.

As someone with insomnia, I am always awake, and I told this person to call me if he found himself in that situation again.

One day, he called me from a payphone at 2 am.

He had no internet access and nowhere to go. I tried to help him, but he was too far away from my house to be able to come over. I started to look up shelters for him, but, unfortunately, there was no way of Knowing if those shelters had room.

I then thought that there should be a mobile app to tell us where the nearest shelters were and if they had room. I thought it would lead to more compassion towards the homeless.

I started to develop my idea for a mobile application on the M15 Select Bus Service. It started out as a “Book A Shelter” app that empowered New Yorkers to reach out to homeless people, and book a shelter for them based on availability, which is shown on the app.

So, Where did it go from there?

Rory:    When I reflected on the purpose of the app, specifically to foster greater humanitarian politics and transparency        through public information, I thought about the other ways for New Yorkers to learn about the opportunities and social services available in their city. At this point, Make it Appn turned into a social services app that included: public assistance, healthcare  information, and shelters.  We also wanted to give New Yorkers the ability to reach out to politicians about the quality of these services, and integrate it with social media.

How did you get local politicians involved?

Rory: After I adjusted my drawing so that I could include all these features, I presented it to my local candidate and friend Dodge Landesman so that he could advocate for it in the State Committee race. I wanted him to consider the idea, and never really imagined it would actually turn into anything more. However, Dodge encouraged me to pursue my interest, and told me that he would support me every step of the way.

Then did you work to develop the App?

Rory: Well, with Dodge’s official encouragement as an added incentive, I started to believe in the power of my ideas, but I knew I could not do it alone. I recruited one of my best friends from Bard College to help me with the research. Having my friend, Bogdan Cvetkovic, on board gave me both the vocational and emotional support I needed to pursue my ideas further and build a strong team. A friend of mine directed me towards David Patuwo, who was familiar with app development, and an ad in the Model United Nations community brought me to experienced app developer, Pratyush Mishra. Together, we built an app that centralizes social services information to promote greater government transparency, and also allows users to book a shelter for those in need. Dodge Landesman supplemented our idea with a policy proposal to give tax breaks to any mattress company that makes up for the shortage (which we would know based on the difference between the number of requests and number of bookings).

Pratyush: I inquired about the application after seeing her post on the MUN forum. I was familiar with her work, I met the criteria, and I was confident that the application could revolutionize government practices and ameliorate homelessness. Having already worked with multiple NGOs in India, I was fully aware of the problems people under these conditions faced and this was a brilliant opportunity for me to apply the technical skills I gained studying at VIT University for a good cause. My university has always pushed for technologies which increase the penetration of the benefits of connectivity and globalization. I was therefore even exempted from a week of college responsibilities and classes to focus on developing this app. The actual process of developing the application was fairly straightforward. Rory would draw up how she wanted the app to look and function and I would implement it as per her drafts. If I disagreed with her ideas or I could optimize something, I would build those prototypes and let her chose.

So now that the app exists, what’s next?

Rory: Now, we need shelters to sign on, and the only way we can do that is if we institutionalize our app. The best way to do that is to develop enough public awareness so that citizens demand that the shelters move toward digitizing their information. The fact remains, that the shelter system is really inefficient. As it stands, people have to spend all day waiting in line for a shelter with no guarantee that they will even get into the shelters. Waiting for the shelters, of course, has a huge opportunity cost because they are being forced to spend their entire day waiting in a line instead of seeking meaningful employment. The perfunctory waiting has both an economic and an emotional toll, as this can make people feel like homelessness is a permanent state. This becomes a self-fulfilling prophecy. These feelings are exacerbated by the fact that there is a general shortage of beds for the homeless. As a result, many people are turned away when the shelters run out of room — but, unfortunately, we do not have any record of how many people are turned away, so the government is unable to make up for the clear shortage in beds. The app tracks the number of requests, so it is easier for the government to have this information and implement policies to meet the demand. We are hoping that the government, particularly the Mayor’s Office and potentially the New York State Assembly, sees it our way and decides to institutionalize our app.

Sounds like a great idea. So, what are the challenges?

Rory: Shelters may be reluctant to implement it because they don’t want to be subject to more state oversight. This is the central reason why we must demand our politicians to sign and endorse our app.

Pratyush: While recognizing the challenges, I find it opens up a lot of opportunities to make these systems more inclusive and transparent. A full deployment of the app would likely be accompanied by the deployment of a desktop or web service which would be personalized for each shelter. It enables those who run or manage these shelters to be more effective through quantitative data and centralization. While trivial to construct, there is a lack of incentive to develop such software and I hope this will encourage change. Moreover, the shelters would be able to access a common cloud database providing them and the state with high quality of statistics  and analytics about the shelters and those who use them.

With the General Assembly upon us, does this factor into the Sustainable Development Goals?

Pratyush: This problem is further compounded in my country because of a high population density as well as large population. Consequently, the smallest percentage of homelessness translates to large absolute numbers of the populace. I hope the successful implementation of this application will lead to inspiration for such projects in India as well and incentivize innovative ideas to find solutions for these problems.
Rory: I agree. The 2030 Agenda emphasizes the idea that no one should be left behind. Unfortunately, however, many vulnerable groups, including the homeless, are often left behind because it is incredibly difficult to get data on these groups. The homeless are especially vulnerable because they are excluded from the Census, and face abuse and marginalization on the streets. My app, Make It Appn, seeks to remove the overwhelming stigma that the homeless face by encouraging citizens to do their part and help. In addition to promoting humanitarian politics, it also allows the government to get data on the amount of homeless people by tracking the number of requests. As it stands, there is a high demand for beds, but a low supply. This is because they are turned away as soon as the beds fill up. The lack of support exacerbates the general feeling of hopelessness that the homeless face. Our app will make up for this shortage and ensure that they are not left behind. If implemented correctly and adopted, the app could be considered a micro-level implementation of the 2030 Agenda.