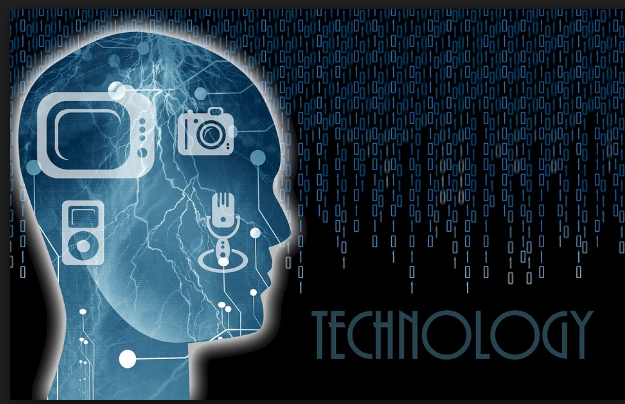 This is why America needs a Federal Technology Authority

Asimov would have disapproved of Hollywood’s rendition of I, Robot. Of all the vignettes that populate that science-fiction classic, the one that best expressed his belief in the power of technology to better mankind concerns Stephen Brearly, a lawyer that may in fact be the first robot president of a future multi-world federal system. Two of the three worlds ban the use of robots altogether and are plagued with stunted development. Earth, where US Robotics is headquartered, has none of these challenges. Samuel Huntington’s Clash of Civilizations has not taken place and most importantly, the novel’s structure as an interview with a retiring chief executive of the corporation allows us to see that a singularity, as discussed today, has not wiped out humanity. US Robotics is something akin to a public-private partnership and beyond the Three Laws of Robotics, the narratives suggest a kind of further robotics code that keep Earth’s systems coordinated and balanced.We are at a seminal moment in how technology integrates into our lives. Some of the ways human experience is extended by technology have not fared well, like Google Glass. Others are just in their infancy. Of course, there are FitBits and other devices that, while external to the human body also generate masses of data. There is the man at Georgia State University who has wired his brain

We are at a seminal moment in how technology integrates into our lives. Some of the ways human experience is extended by technology have not fared well, like Google Glass. Others are just in their infancy. Of course, there are FitBits and other devices that, while external to the human body also generate masses of data. There is the man at Georgia State University who has wired his brain with a small computer. And there are a number of other ways in which technology has been integrated into human lives, including as RFID or other microchips implanted for different various functions. Time will likely create more humans like Stephen Brearly, a human looking being capable of not only understanding emotions but also projecting them.

Empirical though data and technology are, they are unlike their medicinal relation in many ways. Chiefly, we do not think about the integration of technology and the body as a medical issue requiring standardisation and maintenance insofar as keeping ahead of where this road leads. Balancing any kind of public central technological authority requires public and private cooperation along clearly delineated constitutional principles. Further, the shift of conflict into the digital realm means that there a rational, self-interest in establishing a bureaucratic technology authority – not only to assist in the uniform pursuit of justice but also so as to learn the best way to smooth the diplomatic pathways that some of these issues inevitably trot down. Chinese hacking of Russian companies is increasing, and though the very same hacking now happens less to Americans, any number of international issues could kick it back up again. And ICANN presents a series of challenges that a set of bureaucrats with a full grasp a nation’s public technological needs, capacity and horizon can answer and handle more thoroughly and capably.

An ideal Federal Technology Authority (FTA) would regulate and develop publicly advances in robotics, data adjudication, artificial intelligence, biotechnological development, and algorithmic regulation, sustainable infrastructure development, and the coordination of public infrastructure defence. Each of these areas in their own right comprises a vast array of projects and operational units that is impressive. What makes it appealing to house authority for their regulation inside a bureaucracy dedicated to technology is the prospect, that as the post-9/11 integration of intelligence in the Amazon Web Service cloud helps keep the United States safer through a more interdisciplinary analysis of the terrain, so too would housing regulatory, judicial and developmental authority within something like the FTA help the public sector better serve the increasingly interdisciplinary public technology sector.

Far from existing to choke off the creative destruction that, until recently, has kept America as the most innovative nation in the world, the divisions responsible for the most advanced areas of technological development – robotics, artificial intelligence, and biotechnology – would be configured to provide light touch regulation along a set of constitutionally limited principles. Ultimately what is best, both for society and for these rapidly changing industries, is that the worst of capitalism does not elide their being channelled into developing along the most optimal principles of human rights. Accordingly, Deep Mind or Watson probably do not need the government dictating to it what it can and cannot do. But at the very least, an FTA empowered to set standards for what may come of these projects would be also in a better position to communicate the benefits these kinds of technologies will proffer to the general public. For the billions invested in these technologies by public and defence sector departments, the least the public should expect is that which is not necessarily secret could be discussed in a way that does not encourage them to think of expanded technological development as solely about automating away human work.

The FTA’s Sustainable Infrastructure department would assume a certain number of duties currently held by the Department of Transportation and take on a few more. The open road will always be central to the American spirit but we would be remiss to neglect the development of high-speed railways across the continent, fully empowering already economically dynamic regions to grow more quickly with transport options that better support a stable, sustainable middle class over the long term. And sure, the Hyperloop is also worth pursuing; the wealthy use public transport in New York too. But for every Uber there also needs to be a 2 train for the many more who collectively may represent more buying power in a service and knowledge-based economy. Further, this department could take on some of the responsibility for making sure the billionaires, some created in part by money the government is investing in advanced rocket and space vehicle technology, adhere to standards that will most easily belie mass production and access.

Preserving a democratic ideal of access in a technologically driven future lies behind the idea that an ideal FTA should also play a role in algorithmic verification. Big Data’s rise has also increased the number of legal cases in which redlining, a practice derivative of the American antebellum period in which people of colour were categorically excluded from certain areas of American life, has come back into practice. Redlining compounds the effects that discrimination that already exists as a result of structural issues that have hampered minority advancement to the point that it would take over nearly 300 years for the average black family to accumulate the wealth of today’s average white family. While market dynamism relies on a certain number of people being poor, eliminating redlining, which increasingly affects white families as well, would be helped by a department of the FTA that used third party academic verifiers to check programming code for hidden biases, not overt admissions of difference, that might well result in holding back future generations from pursuing and securing the American dream.

Peer review also underlines another area for which an ideal FTA would be suited: data adjudication. Most people in the United States are familiar with Hulk Hogan’s lawsuit against Gawker. At issue in the case was Hogan having been duped by unscrupulous talent agents, acting as though they had the authority of the FBI or CIA, who not only sought to create records of Hogan’s encounter with a friend’s wife, but to use that record as a means to both harm his career and personal life while also turning a profit. A quick read of the case files shows that Gawker’s lawyers objected heavily to the court requiring that literally all of Gawker’s data was turned over to a court-appointed reviewed responsible for ascertaining which data was relevant to the case. A data adjudication department of an ideal FTA would only make sure that those court cases in which data, pilfered or illegally gained like that in Hogan’s case, was handled properly and according to national standards to which all courts could be held. In addition to upholding the judicial branch’s independence under the American Constitution, a data adjudication division would also create mechanisms for recourse when one party in a case has been subjected to an unlawful data search as well as providing the Supreme Court with a new set of metaphors and methods to understand the largesse of the shift the Internet Revolution will have on American industry and jurisprudence.

An ideal FTA might also accomplish a number of other goals. These are meant as a signpost along a larger arc by which measures of democracy and freedom are inevitably made. There is also precedent; the United Kingdom’s recent spinoff of the National Cyber Security Centre (NCSC) from the top-secret Government Communications Headquarters (GCHQ) recognizes the necessity of this kind of public intelligence in democratic life. Far from balkanising the Internet, NCSC’s proposed Great British Firewall will secure the democratic future of the Internet in the UK, not only by allowing the public to opt out of its protection but also by recognising that insofar as the Internet is a public utility its existence requires the public sector to adapt all institutions to its function and create independent spaces to monitor and grow its importance where necessary.

America has yet to catch up to our British cousins in this regard. With a Congress more interested in refighting the Civil War, American policymakers have become blind to the way in which the formerly most progressive and innovative country is quickly falling behind. Creating bureaucracy, even where it is needed to secure American supremacy is anathema to a Congress that would rather America take a Putinesque turn back to nineteenth-century foreign relations and domestic policy. Nonetheless, with the advent of a new administration, and a president who has the power to enact at least some of the changes necessary to keep America globally competitive, the prospect of creating a Federal Technology Authority that can preserve the American dream through the Internet Revolution remains alive.

Fabio Krishna Periera is an independent consultant specializing in international law, governance, technology, and global risk management. Former clients include the World Bank, Veracity Worldwide, the UK National Health Service, and Columbia University. He is a graduate of Bates College, has completed graduate work at Columbia University’s School of International and Public Affairs, and is currently completing an LLM at Birkbeck, University of London. Follow him on Twitter at @whatisrhetoric