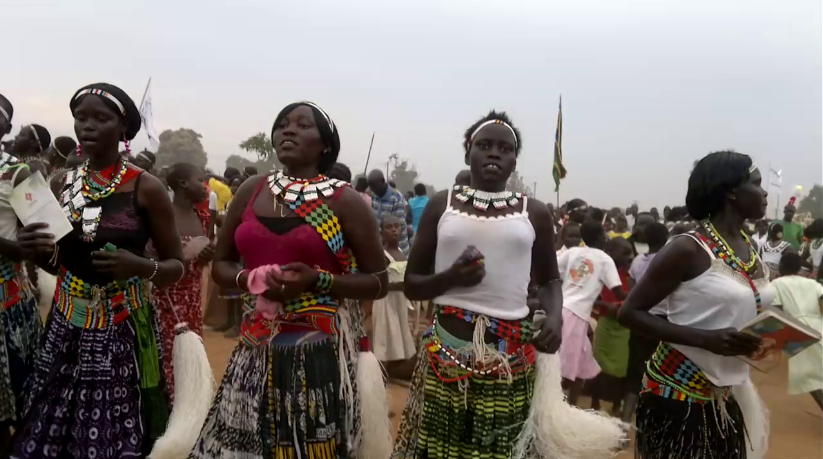 Despite being the newest country in the globe, South Sudan was far from having had a fresh start after its independence in 2011. Nonetheless, while coping with the severe social, political, economic and political challenges known to post-conflict environments, South Sudan still managed to present high levels of female political and civil participation, as well as owning one of the most gender mainstreamed transitional constitutions in history. Hence, as we look to achieve the SDG of promoting gender equality and empowering women:

Among several insights, it is relevant to ponder on the identified cultural phenomena, also historically recognizable, of militarized hyper-masculinity and its effects on rebuilding a more gender-equal post-conflict environment. As the level of gender mainstreaming of the peace accords was mostly due to gender quotas continued by a measure installed in the 2011 transitional constitution, a systematic analysis of the documents exposed severe gaps in not only addressing discriminatory practices within customary law, such as access to land and divorce, but also in including different groups of women as stakeholders in rebuilding and sustaining the peace process.

For instance, females and violence were only associated through the role of victimization, neglecting female experiences as war combatants, generals, sex traffickers, and many others. As a result, their absence will be sustained as such documents are translated into the federal constitution and public policies, further limiting the support and empowerment of significant groups of females who are, regardless of the lack of acknowledgment, part of the new society under establishment.

Such case is one of many examples of militarized hyper-masculinity, argued to be the result of a traditional understanding of the modus operandi of conflict, known as conventional warfare, and particularly affects post-conflict environments due to the high presence of the military in the negotiation, along with the draft and approval of peace agreements. In South Sudan, and several countries around the globe, the conflicting parties –which share a strong military background and carry understandings of gender roles which do not reflect reality, are responsible for not only agreeing on the conditions for peace but also forming the transitional government until democratic elections can be held years later.

Among negative impacts of a culture of militarized hyper-masculinity, the naturalization of violence against women, and overvalue of the skills and experiences of males are particularly problematic, as they foster further issues in different areas of development. Identifying and comprehending the specifics of a militarized hyper-masculinity allow policy makers to move beyond the mainstreamed criticism to patriarchy by offering specific and measurable roots, which can then be directly addressed and transformed through programming.

“Comprehending the specifics of a militarized hyper-masculinity allow policy makers to move beyond the mainstreamed criticism to patriarchy.”

From my experience developing gender programming for the Department of Peacekeeping Operations, standard gender mainstreaming programs mostly focus on deconstructing the natural argument in regards to the relation between gender and sex, as well as bringing awareness of the benefits of gender equality as a human right. Nonetheless, in nations in which public office works as a transition for officers from both military and militia groups, a different program offers more potential for efficiency.

By comprehending the direct correlation between militarized hyper-masculinity and gender inequality in the context   of transitional governments, gender mainstreaming programs and workshops could focus on exploring and   legitimizing the different roles played by females during the war, in sustaining peace and war, along with addressing their challenges and needs in the post-conflict environment.

Such curriculum would also bring to light the historical evolution of warfare and how such phenomena has reshaped  gender roles, offering the understanding that while traditional views of gender were accurate at a previous point in   history, military-related activities have also contributed to a major shift.

Such educational strategy would then be mandatory for all stakeholders involved in the negotiation and implementation phases, as well as by all individuals appointed to hold a position in the transitional government.

Aiming at a holistic approach, such programming, which deconstructs patriarchal views of warfare through the establishment of workshops and media campaigns, would also be spread throughout South Sudanese communities, further facilitating the transition to peace under new terms. After all, a thorough process of awareness-building must be implemented and systematically monitored in order to collectively promote a change of status quo.