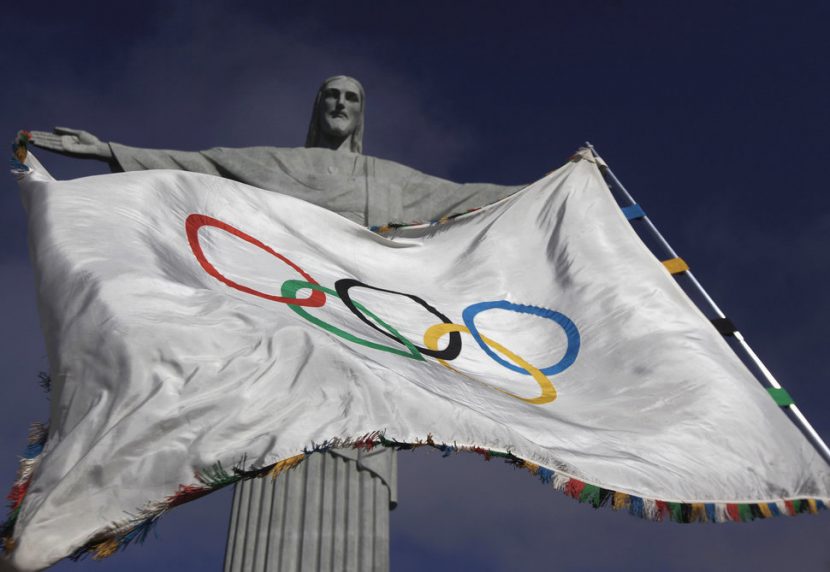 While the 2016 Summer Olympics kicked off in Rio last Friday amid the usual fanfare, it was also accompanied by an uncomfortable knowledge that it would be unlike its precedent events in London and Beijing. Under five million of the 6.1 million available tickets were sold, with stadiums for popular events such as beach volleyball only 20 percent full. Villages were razed in order to provide space upon which to build the Olympic Village and other facilities, displacing already underprivileged Brazilians. In regards to said Olympic Village, athletes have tweeted the dismal conditions under which they are being housed, and the U.S. men’s and women’s basketball teams are forgoing the Village altogether, instead residing on a luxury cruise ship for the duration of the games. Several athletes have refused to attend the games for fear of contracting Zika virus. Protesters attempted on several occasions to abscond with or extinguish the Olympic Torch.

These troubling facts, as well as others, surrounding the circumstances of the Rio Olympics barely even begin to touch upon the disquiet that has been brewing within Rio ever since it was announced as the top location pick to host the games. Who can forget the image of striking police officers holding a “Welcome to Hell” banner at the airport this past July? The government has done little to protect the rights its citizens, instead underpaying and overworking police officers, building Olympic media accommodations over a sacred burial site, and allowing the bay to fill with trash and untreated human waste. The 2016 Rio Olympics had lofty goals, touted as being the “greenest Olympics ever” and the picture of sustainability. Now, no one wants to attend (not even the athletes) citizens are protesting in the streets, and Mayor Eduardo Paes has lost a presidential bid and is unlikely to win another mayoral term.

Rio has been coined, “a veritable ecological disaster”. What happened?

It seems Paes bit off more than he could chew. As chair of the C40 network at the COP21 climate summit in Paris, he was internationally revered as as a proponent for sustainability and green practices. However, as his international standing rose with talks of the Olympics being more sustainable than ever, he failed the translate the practices he preached in his home city. The result was crumbling facilities, water that could make athletes sick if they ingested a mere three teaspoonfuls, and citizens rights and homes being bulldozed in an attempt to make the areas of the Games more attractive. One example of where the Paes fell short in his planning for the Olympics was the cleanup of the Guanabara Bay. The city government poured over $400 million into cleanup efforts, however the goal of completely cleaning the bay in less than a decade (for comparison, it took decades and billions of dollars to clean up the ecological nightmare of the Rhine River in Europe) was far too ambitious and it is estimated only 50% of the waste that gets dumped into the river is treated. This is arguably the biggest shortcoming of the 2016 Rio Olympics, as well as for the citizens of Rio after the crowds have left.

As with most negative experiences, there is always a lesson to be learned. The shortcomings of preparations draws a parallel between the preparation of the Olympic games and preparation for confronting climate change.

As Natasha Geiling notes, “to prepare for climate change, not unlike hosting an Olympic games, takes years of meticulous planning, methodical preparation, and dogged execution”.

Facing climate change with a plan of action cannot exclude disenfranchised demographics as the Olympics (and, similarly, the World Cup) has. The citizens of Rio have not benefited from the Games, and what benefits they could have hoped to incur, such as a cleaner bay, never came to fruition; however, if the Rio had never been chosen to host the Games, then the rest of the world might never have been made aware of their plight.

Every cloud has a silver lining. It should be considered an achievement that biggest sporting event in the world was intended to be designed on the platform of sustainability, that being “green” and sustainable was a feat worth celebrating and promoting, and Rio did get some things right. 85% energy used to power Rio comes from renewable resources (hydropower), and this grid is powering as much of the Olympic Games as possible. The carbon-mitigating mechanisms that the planners have put in place will lower the amount of transportation emissions compared to the 2014 World Cup by almost 50 percent. Even the medals, ribbons, and display cases are made of recycled materials. Finally, this year’s Olympics produced the first Refugee Team (ROT), allowing displaced persons to compete in the sports that they love and draw awareness to the refugee crisis around the world.

One of the most important lessons to take away from the failures and successes of this year’s Olympics is that perseverance, goal-setting, and follow-through are imperative for achieving sustainability. An Olympic athlete does not prepare for an event by boasting for a year about how he or she will win a gold medal, and then haphazardly training for three months leading up to the event. It takes real work, focus, dedication, progress, and commitment. We should all be striving to achieve the gold medal in sustainability, and we will get there with action, not empty promises.

A New Direction for Agriculture