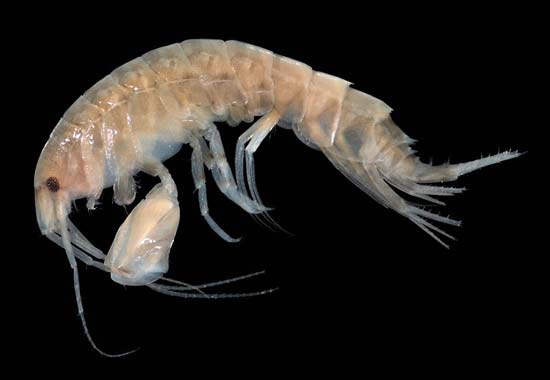 A recent study done by Alan Jamieson from Newcastle University and his team has dispelled the nothing that that the deepest parts of the ocean, such as the Mariana Trench, would remain unaffected by human activity and pollution. The findings of this study have concluded that not only is there pollution, but that deep-water pollution can exceed the levels of pollution in shallow surface waters.

The deepest waters of the ocean are often compared to outer space–difficult to explore, thus little is known about them compared to the other ecosystems on the planet–and this revelation that they could be heavily polluted comes as a bit of a shock:

“We still think of the deep ocean as being this remote and pristine realm, safe from human impact, but our research shows that, sadly, this could not be further from the truth,” – Alan Jamieson

The study was published in scientific journal Nature Ecology and Evolution, and details the process through which the researchers obtained their findings. They sent an automated lander to the bottom of both the Mariana Trench and the Kermadec Trench, the deepest one at 10,350 meters in the Mariana. The lander collected samples of marine life (such as amphipods, a type of crustacean that inhabits deep ocean waters) before jettisoning extraneous material to float back up to the surface. The researchers then examined the samples collected, paying close attention to non-biodegradable persistent organic pollutants (POPs) that were commonly  used in the 1970s. These pollutants are more specifically known as polychlorinated biphenyls (PCBs), and they were found in the samples at shocking levels.

According to Jamieson reported by the Economist, marine life from generally clean coastal waters do not typically exceed a PCB level of 1 nanogram. In comparison, samples taken from the Liao River, one of China’s most polluted rivers, yielded a PCB contaminant level of 100 nanograms. The samples taken from the Mariana Trench were found to be polluted with almost 1,900 nanograms per gram of amphipod tissue. This level is roughly 50 times higher than in other cases. While marine life absorbs pollutants at any depth level, the reason for this incredibly high contamination of marine life in the deep trenches could be due to gravity; these contaminants sink to the seafloor, and are subsequently consumed by the animals that inhabit those areas. Since the contaminants have nowhere else to go upon reaching the seafloor, it follows that amphipods would consume a disproportionate amount in comparison with other marine creatures elsewhere in the ocean.

The Earth’s surface is 70% water, and it is quite disconcerting to realize that areas of the ocean we initially thought were untouched and pristine are actually full of pollution. This research is eye-opening, and demonstrates just how extensive the effects of human activity are in even the most remote areas of the world. SDG #14 focuses on protecting oceans and marine resources for sustainable development; hopefully, this scientific revelation incites more effort to be made towards achieving this goal.