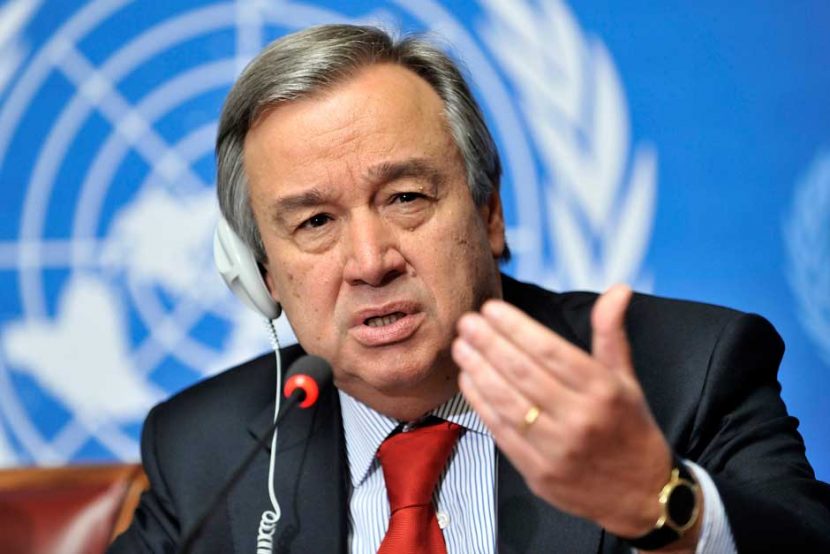 Following a vote on October 5, the final of six votes spanning four months, former Prime Minister of Portugal Antonio Guterres has been confirmed as the next Secretary-General of the United Nations, succeeding Ban Ki-moon of South Korea and taking up his office as the world ushers in a new era of sustainability. The member states of the UNGA formally elected him via acclamation on October 13, and he will begin his tenure on January 1, 2017.

After having whittled it down from 13 candidates, among them several former foreign ministers, prime ministers, UN officials, and multiple of them women, the UN Security Council voted in the former prime minister, who led the refugee agency UNHCR for a decade. Ban Ki-moon has offered his support of the choice, stating, “He is perhaps best known where it counts most – on the frontlines of armed conflict and humanitarian suffering”. In the midst of the world’s current Syrian refugee crisis, Guterres’ history with successfully reforming and leading the UNHCR made him an attractive choice as the UN’s new top diplomat and administrator.

After rising prominently within the Portuguese Socialist Party leadership in the early 1970s, Guterres served as Prime Minister of Portugal from 1995 until 2002. He is known for having a, “formidable reputation for clean governance and strict administration”. Guterres also served in the rotating presidency of the European Council in 2000.

Guterres performed very well during a historic election process within the UN. For the first time, the public was involved in the process, one that has traditionally taken place behind closed doors and via an opaque procedure in the Security Council. This year, the candidates had informal discussions, or “briefings”, with member states, civil society, and other representatives. They were able to provide vision statements and field questions, which allowed for the most transparent and inclusive electoral process of a Secretary-General to date. Guterres stated on the day of his election that he hopes to continue this pattern of transparency and inclusivity, and that he, “must be in service of all of [the member states] equally and with no agenda but the one enshrined in the UN Charter”, Guterres also stressed that gender equality and the welfare of all suffering people, especially refugees, will be priorities during his five-year tenure.

As well as winning the praise and support of Ban Ki-moon, the President of ECOSOC and the President of the General Assembly have also stated high hopes for Guterres. Given the current political climate of the diplomatic world that Guterres is about to inherit, I’m sure he will need all of the support he can get from his colleagues as he prepares himself to take the position. It is clear that Guterres can be the strong leader that the United Nations needs, and that his priorities for the new administration are closely in line with the priorities of the rest of the world. Hopefully, we will make great strides towards completing the Sustainable Development Goals under Guterres.