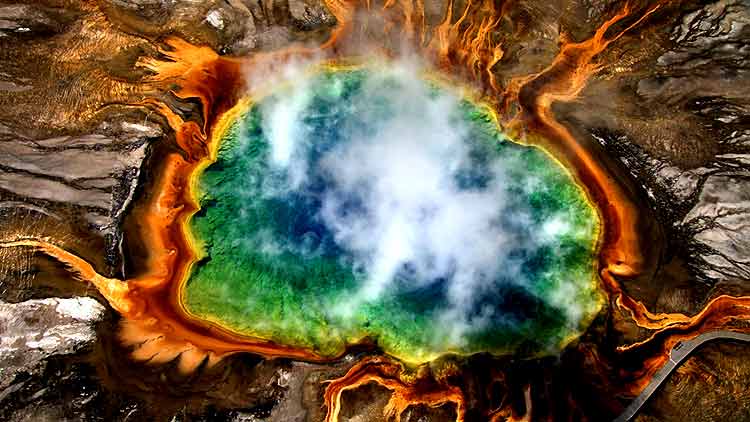 During history, several major developments have revolutionized the world and the daily life of humans. Among them, agriculture and oil. However, the evolution is uneven: today, about a quarter of the world’s population still lives in the same confitions as we could live in 10,000 years ago. In other words, with no access to energy and water. Extreme poverty is still far from being eradicated. In some of these communities, children are seen only as a source of labor. But can we conquer the world hungry?

To meet this vital need, the first major development needed was agriculture, on which cities and civilizations are based. It allowed the multiplication of the wealth according to the soils and the climates. Every part of the world has its own way of beating its fields and making them prosper. From manual harvesting to irrigated greenhouses in the desert, to the endless fields covered by machines; even today, agriculture is the world’s leading profession. A source of income, it is also a tradition handed down from generation to generation.

In the last 50 years, the Earth has been changed more rapidly than in all other periods of time recorded.

The second major development was the discovery of fossil fuels: coal, gas and oil. We speak of the “time of man who frees himself from time”. These energies which allow to produce always faster, launched a race focused on production and profitability. A single liter of oil is equal to 100 pairs of arms. However, these resources must be extracted from the earth, and this has a cost, both economic and ecological. In the last 50 years, the Earth has been changed more rapidly than in all other periods of time. Moreover, these resources are fossilized, that means that they are not renewed, or very slowly. Their use therefore has a limited duration, and even more so at the frantic pace of global growth. In fact, the population has tripled, which has increased the need for water, electricity and food. Out of 7 billion people, more than half  of them live in cities, looking for work and better living conditions. New York is thus the first megacity in the world, symbol of the work of immigrants.

These two major developments have certainly improved the daily lives of everyone, but they have also raised new problems. In fact, the biggest product of agriculture is used to feed livestock. In terms of profitability, it is parked on land that does not have time to regenerate: the animals do not graze the grass, they eat imported cereals. The maximization of profitability has become the ultimate goal, the land is watered with fertilizer, cereal varieties are chosen. Three quarters of the original varieties have disappeared. Meat consumption has become excessive in most developed countries, creating a need that is not vital. However, the big industries have seized this promising market but also destructive for the planet and its balance. For example, it takes 13,000 liters of water to produce one kilo (only) of beef.

The maximization of profitability has become the ultimate goal,

Oil has certainly helped to feed twice as many people, but has created a dependence of men to himself. Indeed, our society is based on this wealth and everything flows from it. However, we must not forget that oil is a limited resource. It also requires more and more energy and more and more advanced technologies to be drawn. Finally, it is important to note a very high inequality in the distribution of this wealth: 80% of the oil extracted will be consumed by 20% of the world population. Oil is even a source of deterioration in international relations, and can even be the source of conflict, such as the Iraqi invasion of Kuwait. However, international trade, merchant, financial, political or intellectual, have continued to grow.

Paradoxically, wealth is accessible all over the world, but it is also inaccessible to populations. Indeed, the rich are getting richer, and the poor are getting poorer and poorer. Our mode of development has not honored its promises.

Today, low islands and coastal cities are threatened by rising water levels. The disappearance of the pack ice is dramatic for the human, animal and plant populations that live there. The disruption of the heat of the waters puts the survival of certain marine species in danger. Catastrophic natural events, such as tsunamis, tornadoes, earthquakes and fires, are becoming more commonplace and more and more violent. In 1981, major floods occurred in France. In 1999, a storm of great violence over almost the entire French territory. The consequences were very heavy, there are 92 dead and several million euros of damage. In 2003, drought throughout France. The island of Haiti is regularly crossed by storms.

Finally, the balance of the planet is compromised. We have put our own house in danger. And global warming is not about to stop since we still have rising emissions despite agreements such as the Kyoto Protocol or the Paris Agreement, dangerous gases for the future of humankind are still on the rise. The consequences in the short term, concerning our generation, are already dramatic: decline of the littorals, intensification of the extreme phenomena, upheaval of the agriculture, displacement of the animal and vegetable species … The threat can be catastrophic for our descendants: a prolonged warming could affect the survival of the human species! … The current trend of development is a threat to the environment .. and environmental degradation is, in the long term, a threat to human existence, and this is exactly why it is necessary to take measures to match the threat.