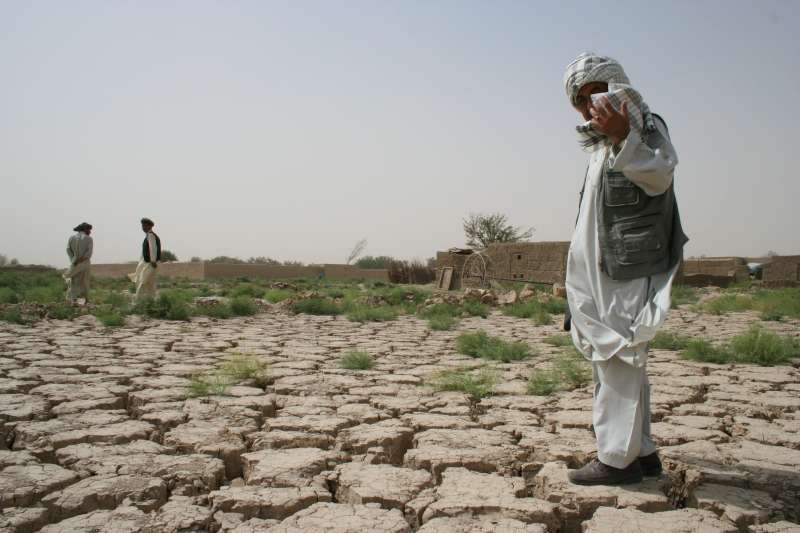 The issues of climate change and forced migration (displacement) are intersecting in an ever-growing number of ways and geographical contexts. Their nexus is also tethered to every one of the SDGS: poverty and unemployment; food, housing, energy, and water insecurity; cultural, identity, sovereignty, and governance concerns. The new IDMC report from 2017 reflects that over 227 million people were internally displaced by sudden-onset environmental disasters (e.g. floods, storms, wildfires, and earthquakes) from 2008 to 2016. This figure does not even include persons displaced across international borders or persons displaced by slow-onset disasters (e.g. drought, desertification, and sea level rise). In the absence of new adaptation measures, we can expect a 2°C warming of the earth’s atmosphere and 50cm sea level rise (Schleussner et al 2016) that will force 72 million people to flee their homes, 53 million of them from Asia, before the end of this century (Nicholls et al, 2010). Long-term sea level rise (beyond 2100) could submerge islands and coastal areas that are currently home to 280 million people globally (Strauss 2015 as cited in CARE Denmark’s Fleeing Climate Change: Impacts on Migration and Displacement, November, 2016).

The NGO Committee on Migration Subcommittee on Climate-Induced Displacement is working to call attention to this issue. We bring a climate perspective to migration meetings and a migration perspective to climate meetings in UN fora. We also work for the inclusion of grassroots voices in UN conversations on the subject. This month, we sponsored a side-event to the Permanent Forum on Indigenous Issues during which our panelists from a Native American tribe, a Pacific Island nation, and an indigenous Amazonian tribe made pleas to governments to plan for slow-onset disasters (e.g. drought and sea level rise), to accelerate efforts to honor carbon emission reduction commitments, and to “heal the Earth” whose warming waters are killing fish while temperatures are stunting crops and leaving people without means to survive on the land.

In addition to these actions, significant work must be done at the global level in order to address the issue of climate-induced displacement. First, UN conventions on refugees do not provide protection for persons displaced by climate change and disaster, and all existing guidelines on the matter are non-binding. As a result, the international responses to the needs of this population are either absent or insufficient. As CARE Denmark’s 2016 report, Fleeing Climate Change, states, “The current protection and migration system is dysfunctional and in need of revision.” Humanitarian aid must be channeled to those in need, whether internally or externally displaced, and to the host communities sustaining their access to human rights. We therefore call upon the UN system for enhanced data collection that would enable the identification of climate-displaced persons and for the implementation of national action plans for their protection as forced, vulnerable migrants who do not qualify for refugee status. We also voice strong support for the Protection Agenda put forth by the Nansen Initiative and the commitment to address environmental drivers of forced migration as put forth in the New York Declaration.

Next, we call on Member States to lessen their environmental impacts by honoring the carbon-reduction and financial commitments of the Paris Climate Agreement (and encourage them to go beyond the minimum requirements of the Agreement to keep global warming to 1.5°C). The longer diplomats allow terminology and money to act as stumbling blocks for political will to act and protect, the more people will face food insecurity, water scarcity, homelessness, poverty, the loss of deep connection with their indigenous lands, and many other rights due to climate-induced displacement.

Finally, nations must intentionally adapt to and plan for slow-onset and unexpected disasters. We are haunted by a statement from a Pacific island resident who said that seawalls don’t help hold back the sea because “the saltwater is seeping up from below.” With this testimony in mind, we call for investment in science and technology which might advance climate change adaptation to address problems such this one, which put entire nations and cultures at risk of disappearing. We urge the UN system to undertake this critical task through the implementation of the “loss and damage” section of the Paris Climate Agreement, which calls for a task force with a mandate to develop recommendations for integrated approaches to avert, minimize, and address displacement related to the adverse impacts of climate change. It is our recommendation that the task force to operate in consultation with those who are most affected by climate change and that the task force be adequately funded, especially with support from those nations that have reaped the greatest economic and developmental benefits from environmentally harmful industrial activity.