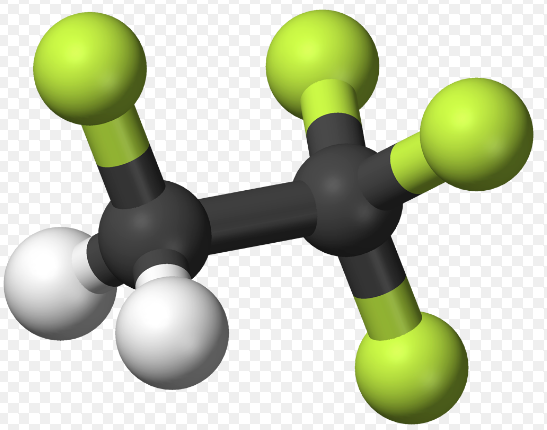 The Give Me Five Campaign welcomes guest contributor Leah Scully.

At a United Nations meeting in Kigali, Rwanda this past Saturday, October 15, delegates from 197 countries settled negotiations to phase out heat-trapping hydrofluorocarbons (HFCs) used in refrigeration and cooling applications. The agreements are part of the Kigali Amendment to the Montreal Protocol, which was created in 1987 to eliminate ozone-depleting chlorofluorocarbons (CFCs).

While HFCs do not actively deplete the ozone like CFCs, they trap more than 1000 times the amount of heat per unit than CO2, making them significant contributors to the effects of global warming, from rising sea levels to bleached coral reefs. The UN Environment Program reports that HFC emissions are increasing by 10% each year, but by setting deadlines for individual countries to phase out 19 gases in the HFC family, the UN expects temperature rises projected for 2050 to decrease by 0.5 °C.

The amendment is a product of seven years of negotiations. While the plan originally set out to freeze all production of HFCs by 2021, India expressed concerns that pressure to switch to alternative coolants at such an early date would harm its economy. Between the higher cost of alternative coolants, the cost of redesigning systems, and providing new training for maintenance personnel, India would fall behind the rest of the world in the HVAC sector. So India demanded a ten-year extension to its freeze date.

The amendment is legally binding, so that countries have to adhere to the rules, goals, and guidelines that they set to ensure they cut down on HFCs as soon as possible. And since the amendment targets a single group of greenhouse gases, countries were able to set goals based on their resources and outlooks for industrial, residential, commercial, and automotive markets. At the next Meeting of Parties in Montreal in 2017, participating countries will provide an update on their financial plans to effectively reduce HFC emissions, and delegates will discuss grants and programs for research and development of affordable alternatives to HFCs.

Below is a table from the European Commission (EC) of current alternatives to HFCs; it includes the Global Warming Potential for each substance, which is a figure of merit that is generally in the thousands for HFCs. The EC also provides information about the efficiency of substances for various cooling applications in this article.

Courtesy of the European Commission.

Shared from machinedesign.com by permission of the author.