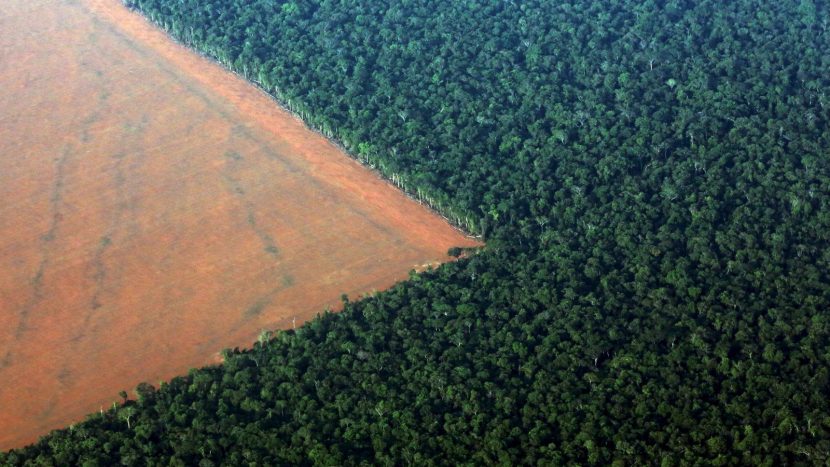 One of the biggest reasons why deforestation is such a big issue today is because of the livestock extracted from its lands, for example: cattle or otherwise known as the beef we eat today derives from the fields that are cleared daily. As Rhett Butler wrote in The Incredible Shrinking Amazon Rainforest “Clearing for cattle pasture is the largest driver of deforestation in the Amazon, accounting for more than two-thirds of annual forest clearing in many years.”

Fields measuring 100’s of yards cube get torn down, after they have been logged. Like Sally Driscoll from Points of View: Amazon Deforestation wrote, “Removal of at least 40 percent of the growth in an area of forested land by means logging, also called clear-cutting.” Those fields get filled with cattle, in other words cattle are raised for the consumption of human beings. Hence, beef from deforested Amazon pastures becomes one of the largest exports of meats in the world. At this pace, the biggest rainforest of the world also considered the lungs of the world might be completely depleted within decades.

A solution to some of these issues would be to have stronger and more enforced regulations for logging as well as cattle farming. For example implementing a policy to limit the amount of trees that can be allowed to cut down. If the firms were to go over the quota then it would be appropriate to hit them with heavy financial fines. Costa Rica for example only allows a limited amount of logging per acre, hence ensuring sustainable use of its forests. For cattle, adding value tax to account for the environmental damage can help ease the demand of beef and similar products. Accounting for negative externalities in product prices is always a good demand deterrent.