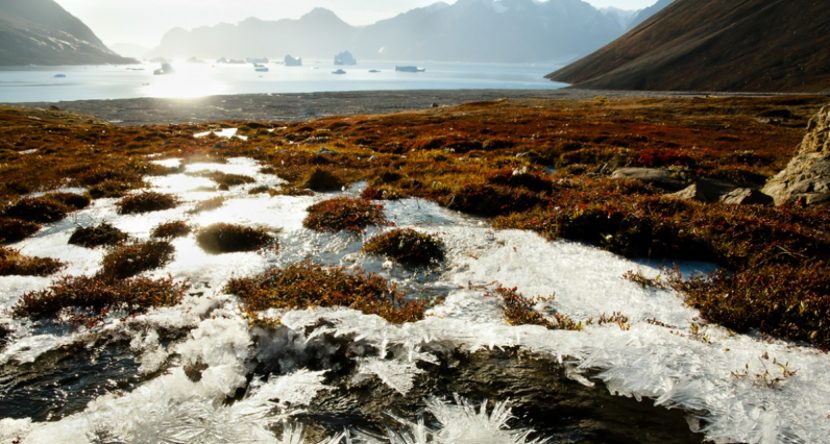 The tundra is an ecosystem located in the arctic regions; it is a frozen wasteland with minimal plantlife. As the arctic regions get warmer the permafrost inside of the soil melts. This causes the plant life which is previously frozen to decay. This is an issue because the decaying of plantlife and animal remains releases carbon dioxide into the atmosphere. Greenhouse gases, like carbon dioxide, are said by scientist to be some of the biggest contributors to climate change. However, there are large quantities of methane deposits inside of the permafrost as well. While carbon dioxide is the most prevalent greenhouse gas after water vapor, methane is one of the most destructive greenhouse gas. Methane is 3 times more destructive than Carbon Dioxide, however has a shorter lifespan in the atmosphere.

Another risk of a melting permafrost is directly related to health outcomes.

Scientists have confirmed that there are several ancient viruses and bacteria, like anthrax, dormant under the permafrost.  Once the arctic regions and the permafrost melts it releases more greenhouse gas as well as anthrax and other pathogens which makes climate change a health issue as much as an environmental one.

As you can see climate change is affecting the arctic region in a way that poses many danger to humanity. The health ramifications of the tundra melting is very serious. Anthrax is a very contagious bacteria that humans and animals can get by just having contact with.

There are not many solutions to the melting of the tundra. But people everywhere in the world can help reduce the effects and hopefully slow it down. Some of those ways include using sustainable energy, so that we can limit the amount of man-made climate change. That would include using electric vehicles and asking your power company to supply you with power made from renewable sources rather than power generated from coal or oil. If we were to walk more or car pool that would also diminish the amount of vehicles on the roads leading to a diminishment of greenhouse gases released in the atmosphere, and also avoid dangerous bacteria to be released into our ecosystems.