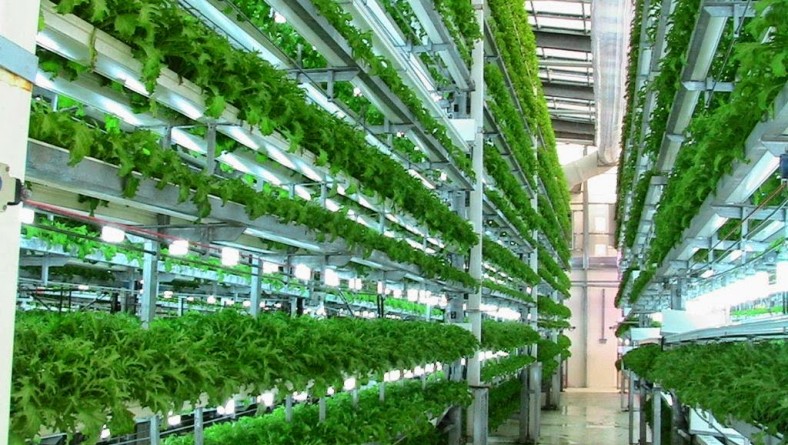 There are multiple nations whose main exports are agricultural products. Farming is a big source of income and a livelihood for millions of people around the world.  We all rely on agriculture for sustenance, for our food. Unfortunately,  the soil gets used up through prevalent modern farming techniques. These cause the soil, that was once nutrient rich, to become useless over time. Replenishing nutrients naturally back into the soil is time consuming and makes the soil useless for that amount of time cutting back on the productivity of the land. The agro industrial alternative of using chemical fertilizers and pesticides is not a healthy option and the main cause of fresh water pollution. In other words, prevalent mono-culture (big expanses of a single crop farming) farming is the way of the past.

Big expanses of a single crop farming is the way of the past.

This is when farming inside cities come in as a useful alternative. This is called urban farming. The use of artificial lights as well as hydroponics systems is put into use. Not only does this allow plants to grow indoors, but it can be a closed system. These systems incorporate symbiosis with live animals like fish. The waste produced by the fish is extremely good for the promotion of plant growth. Also this closed system can let fish to be produced and grown to optimal weight. This system of farming produces two products that are reliant on each other. A hydroponic system can be run through an entire building making a small plot of land several times more productive than a traditional farm. Also when using this system, there is no need to use chemical pesticides and fertilizers. The plants are indoors and can be diverse, therefore safer from pests. The water is filtered by the plants  (via transpiration) and reused. This allows large cities to have food sources within, thus reducing the amount of carbon released into the atmosphere due to transport of the plants from remote locations. Also with climate control inside of the buildings, any plant could be grown anywhere including on different floors. This means we could finally have fresh mangoes in New York, and fresh strawberries in Manila! We already know what a sustainable future looks like… one has to wonder how long we decide to live in the past! What do you think?

We already know what a sustainable future looks like!