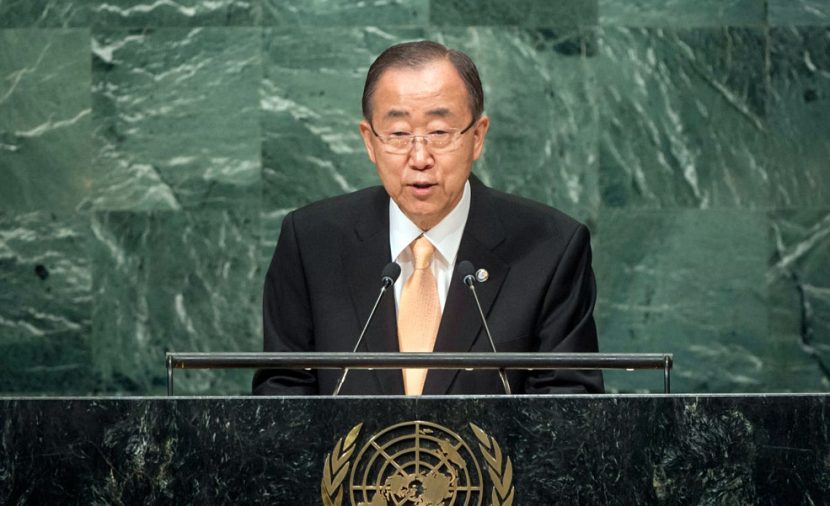 The 71st Session at the United Nations General Assembly officially opened on Monday, September 13th, but the real activity has only just begun with the opening of the 71st General Debate today, September 20th. Prior to the General Debate, the President-elect of the UNGA proposes a theme, generally an issue of global concern, and invites member states to speak on that particular issue throughout the General Debate. This year, the President of the General Assembly, Peter Thomson of Fiji, has proposed the theme for 71st Session General Debate to be, “The Sustainable Development Goals: a universal push to transform our world”. The concept of focusing the UNGA General Debate on development is not new; for example, the 2014 theme was, “delivering on and implementing a transformative post-2015 development agenda”. It is difficult to discuss the future without also discussing some element of development. What is illuminating about this year’s General Debate is that sustainability and the Sustainable Development Goals (SDGs) are front and center within the discourse of development, and all of the member states will be encouraged to speak on them.

In his opening address to the Assembly on September 13th, Thomson stressed the importance of a global embracing of the 2030 Development Agenda and the 17 SDGs. He indicated that, “the great majority of humankind has yet to learn of the Agenda” or the SDGs, and conversely that, “the link between sustainable development, peace, and security has never been more explicit”. This is important because while the majority of those in the field of international politics are familiar with the 2030 Agenda and the SDGs, they cannot be fully realized or implemented unless they are recognized on a global scale. Acknowledging that widespread awareness of the SDGs is lacking is the first step towards increasing that awareness.

UN Secretary-General Ban Ki-moon also highlighted the importance of the 2030 Agenda and SDGs, and thanked outgoing UNGA 70 President Mogens Lykketoft of Denmark for pushing the 2030 Agenda through to adoption during the previous session. During his speech on September 20th opening the General Debate, Ban focused on the SDGs, the Paris Agreement, preventing violent extremism, and security threats that have led to the global refugee crisis and how UNGA 71 will address it. He placed a heavy emphasis on human rights and the humanitarian capabilities of the UN during his speech, as well as recalling the successes the UN experienced during his tenure as Secretary-General. The UN is currently in the process of nominating the next Secretary-General, which will be an important factor regarding the future success of the 2030 Agenda and the SDGs.

UNGA 71 has already begun hosting panels, conferences, and events that focus heavily on sustainable development and associated issues. The first-ever UN Summit for Refugees and Migrants took place on Monday, September 19th, drawing a parallel between the 2016 UNGA and 2016 Rio Olympics, which hosted a refugee Olympic team for the first time. These notable developments only further emphasize the current refugee crisis and the urgent need to address it. In addition, there are a host of other UNGA events relating to sustainable development, including but not limited to the following:

UNGA High-Level Segment on the Right to Development (9/22)

SDGs Coming to Life: Envisioning a Common and Resilient Future (9/23)

UNGA 71 and the General Debate is off to a strong start in regards to the discourse and action involving sustainable development; the decisions made during this session have the power to impact the world in an incredibly powerful way, and we should all hope that the member state officials exercise their authority in a positive, progressive way. Stay tuned!